The Australian Government has recently released data relating to the number of approvals granted to travel exemption requests for both inward and outward travel (i.e. to and from Australia). Between the period of 20th March, 2020 and 20th August, 2020, there were 15,801 inwards and 36,426 outwards exemption requests approved. The pie chart below shows the breakdown by percentages. Please note the totals below do not cover those that were otherwise finalized, including those withdrawn, automatically exempt, or that did not meet the threshold for consideration by a delegate.

In addition, the bar chart below shows the inwards exemption requests approved between 1 and 20 August, 2020. It is broken-down into the top 10 passport nationalities.

SEND US A MESSAGE

Check out our latest updates 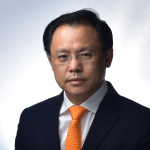 This site uses Akismet to reduce spam. Learn how your comment data is processed.

Please enter your details and your immigration enquiry.

The information collected from you will be used for the purpose of processing your immigration enquiry and managing your subscription for immigration updates with us.